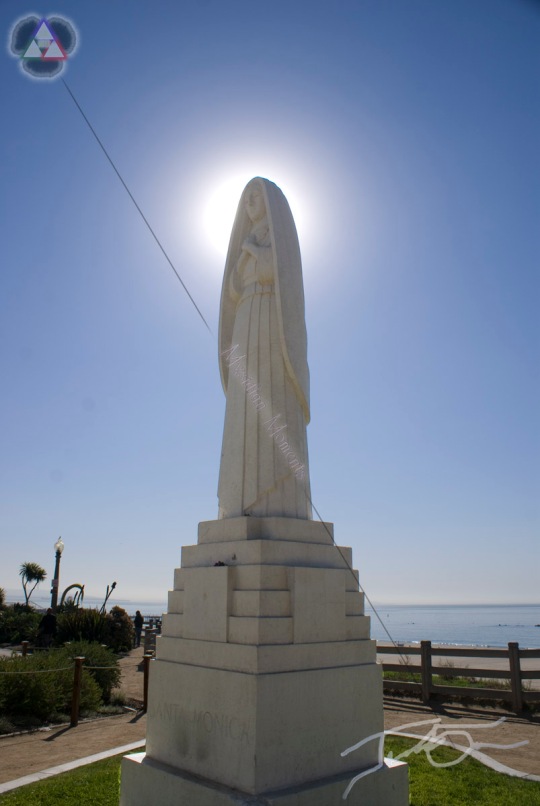 The Statue of Saint Monica in Santa Monica is a often overlooked site in the beachfront city. After all, the city was named after the 4th Century mother of St. Augustine of Hippo. The statue stands at the end of Wilshire Boulevard in Palisades Park, facing inland from the Pacific Ocean. This shot was taken as the sun was slowly setting, giving the statue a halo- as befitting a saintly visage.

Saint Monica (312 – 387 AD) (or Timaniket in the Berber language, her likely ancestry), who also known as Monica of Hippo, was an early Christian saint and the mother of St. Augustine of Hippo. She is honoured in the Roman Catholic Church where she is remembered and venerated for her outstanding Christian virtues, especially the suffering against the adultery of her husband, and a prayerful life dedicated to the reformation of her son, who wrote extensively of her pious acts and life with her in his Confessions. Popular Christian legends recall Saint Monica to have wept every night for her son Augustine.

Fun Fact- Santa Monica was called Kecheek in the Tongva language, who lived there long before Europeans colonized the area.